The Krog Street Tunnel is a tunnel in Atlanta known for its street art. Most Urban tunnels have their fair share of graffiti, but Atlanta’s Krog Street Tunnel Stands apart from the rest–There’s Barely an inch of unpainted space in it.

The short underpass was built in 1912. It connects the Atlanta neighborhoods of Cabbagetown and Inman Park, attracting residents from both sides who are looking for a place to make their mark with street art. The graffiti tradition in the tunnel dates back to the 1960s, and continues to this day.

From small tags to huge murals to underground festival flyers, the concrete walls and pillars of are a chaotic kaleidoscope of overlapping and ever-shifting images, words, and ideas. The messages are a mix of political commentary, philosophical musings, and everything in between. People have even spray-painted marriage proposals on the walls.

The art changes on a regular basis, as artists cover up old work and build on top of existing art. Locals are protective of the tunnel, which serves as both art canvas and community message board. 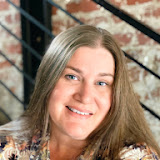 tomia harmon
Verified
My surprise engagement will be forever remembered by these amazing family photos. She made me so comfortable while leaving me completely clueless to the surprise. She made it so easy on my fiancée who has never scheduled a photographer before. Walking him through everything while keeping him updated until the actual day. “Thank you” doesn’t seem to be enough to fully convey my gratefulness but hopefully this review helps your business grow and helps a clueless fiancé out there know they’re making the right choice.

Marisol Carrillo
Verified
Tiffany is so professional and makes you feel so comfortable! She was the sweetest! The whole experience was awesome! Ten ten recommend her! 💕

Lorena Macias
Verified
Tiffany's work is amazing!! She is so kind and great to work with, my daughter felt so comfortable and confident during her Quinceañera photoshoot. I would give 10 stars if I could!

Mrs_ Eccleston0515
Verified
What an awesome experience we’ve had with Laboy Photography. Such a pleasure working with Tiffany and I look forward to working with her again. ❤️

Heather Leheny
Verified
I am highly impressed with the whole experience and the pictures turned out better than I could have hoped for. It is not always easy photographing children, but LaBoy Photography did an exceptional job with my crazy 2 year old, haha. Thanks so much and cannot wait to have another session done!

Miranda Smigiel
Verified
LaBoy photography was so great to work with. We had a newborn phot shoot with her. She always makes my whole family feel totally comfortable which is so important when trying to capture some great shots of little ones! She goes above and beyond to get the shots and to make sure the customer gets exactly what they want…even if that means coming back around for a second special shoot!! Can’t wait for our next session!!

Ashlee witcher
Verified
When I tell you my family and I absolutely loved our session, we were sad to leave! She did an amazing job with my kids, kept us laughing the WHOLE time, and never made us feel like strangers. My photos came out way better than I thought because she is just that talented! I highly recommend her to shoot all your family memories! We will only be using her from here on out.

GiftedHands87
Verified
Tiffany LaBoy Photography is amongst the BEST in the business! Being a momma of 3 beautiful children earthside, I have gotten MANY photos for my children over the years from different place sand individuals. I don't ever leave reviews but my experiences with Tiffany need to be shared. I was fortunate to work with her for the first time on my maternity photo of my Rainbow baby, then she took photos of my daughter for her school picture, and just recently she did our family photos as well as our son's 1st Birthday Photos! Tiffany really takes the time to get to know each individual person/family she's shooting. She also is a perfectionist, so she'll keep shooting til she gets the "perfect shot", which was SO helpful for me with having young children that didn't want to always look or smile for the photo. She was creative in the way she got my young children's attention and worked with them in how they were acting and moved a lot to get the perfect angle. She also did a lot of creative poses for our pictures which was awesome to capture our family instead of the same ole stuff you see everywhere which was very nice. I can not recommend Tiffany enough, you will NOT be disappointed. A++++ photographer and once you use her, you'll never go anywhere else for your photo needs!

Alecia Erica Farquharson
Verified
My family had holiday portraits taken with Tiffany. The cabin setting was perfect and I loved that there were different backgrounds that we were able to choose from. But what I loved most was Tiffany’s professionalism. She captured great shots of my family and she was awesome with my 5 yo & 3 yo daughters. She managed to keep them engaged and laughing and the pictures came out amazing. I highly recommend her and look forward to my next family photo session.
More.